COLLEGE PARK, MD (APS)— On April 28, 2021, at 0933 UT (3:33 a.m. Eastern Daylight Time), NASA’s Parker Solar Probe reached the sun’s extended solar atmosphere, known as the corona, and spent five hours there. The spacecraft is the first to enter the outer boundaries of our sun.

The results, published in Physical Review Letters, were announced in a press conference at the American Geophysical Union Fall Meeting 2021 on December 14. The manuscript is open-access and freely available to download.

“This marks the achievement of the primary objective of the Parker mission and a new era for understanding the physics of the corona,” said Justin C. Kasper, the first author, Deputy Chief Technology Officer at BWX Technologies, and a professor at the University of Michigan. The mission is led by the Johns Hopkins University Applied Physics Laboratory (JHU/APL).

The probe made the first direct observations of what lies within the sun’s atmosphere, measuring phenomena previously only estimated.

The sun’s outer edge begins at the Alfvén critical surface: the point below which the sun and its gravitational and magnetic forces directly control the solar wind. Many scientists think that sudden reverses in the sun’s magnetic field, called switchbacks, emerge from this area.

“The concept of sending spacecraft into the magnetized atmosphere of the sun—sufficiently close that the magnetic energy is greater than both ion and electron kinetic and thermal energy—predated NASA itself,” said Kasper.

In 2018, NASA launched Parker Solar Probe with the goal of finally reaching the sun’s corona and making humanity’s first visit to a star.

This past April, the probe spent five hours below the Alfvén critical surface in direct contact with the sun’s plasma. Below that surface, the pressure and energy of the sun’s magnetic field were stronger than the pressure and energy of the particles. The spacecraft passed above and below the surface three separate times during its encounter. This is the first time a spacecraft has entered the solar corona and touched the atmosphere of the sun.

Surprisingly, the researchers discovered that the Alfvén critical surface is wrinkled. The data suggest that the largest and most distant wrinkle of the surface was produced by a pseudostreamer—a large magnetic structure more than 40 degrees across, found back on the innermost visible face of the sun. It is not currently known why a pseudostreamer would push the Alfvén critical surface away from the sun.

Researchers noticed far fewer switchbacks below the Alfvén critical surface than above it. The finding could mean that switchbacks do not form within the corona. Alternatively, low rates of magnetic reconnection on the sun’s surface could have pumped less mass into the observed wind stream, resulting in fewer switchbacks.

The probe also recorded some evidence of a potential power boost just inside the corona, which may point to unknown physics affecting heating and dissipation.

“We have been observing the sun and its corona for decades, and we know there is interesting physics going on there to heat and accelerate the solar wind plasma. Still, we cannot tell precisely what that physics is,” said Nour E. Raouafi, the Parker Solar Probe Project Scientist at JHU/APL. “With Parker Solar Probe now flying into the magnetically-dominated corona, we will get the long-awaited insights into the inner workings of this mysterious region.”

The observations took place during Parker Solar Probe’s eighth encounter with the sun. All data is publicly available in the NASA PSP archive. Several previous studies predicted the probe would first pass within the sun’s boundaries in 2021.

The fastest known object built by humans, Parker Solar Probe has made many new discoveries since its launch, including on explosions that create space weather and the dangers of super-speedy dust.

The new findings suggest that direct observations by spacecraft have much to illuminate about the physics of coronal heating and solar wind formation. Having achieved its goal of touching the sun, Parker Solar Probe will now descend even deeper into the sun’s atmosphere and linger for longer periods of time.

According to Gary Zank, a co-investigator on the probe’s Solar Wind Electrons Alphas and Protons (SWEAP) instrument and a member of the National Academy of Sciences, “It is hard to overstate the significance of both the event and the observations made by Parker Solar Probe.

For over 50 years, since the dawn of the space age, the heliospheric community has grappled with the unanswered problem of how the solar corona is heated to well over a million degrees to drive the solar wind. The first measurements of the sub-Alfvénic solar wind may represent the most major step forward in understanding the physics behind the acceleration of the solar wind since the formative model by Parker.”

“This event is what many heliophysicists have dreamed about for most of their careers!” Zank added. 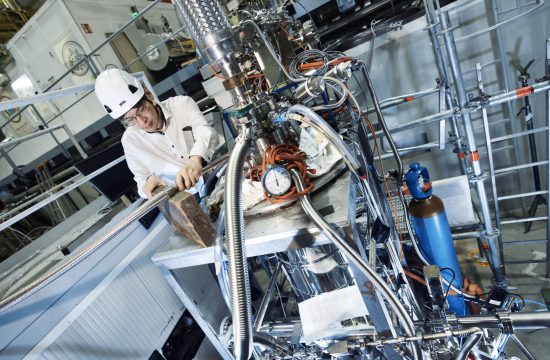 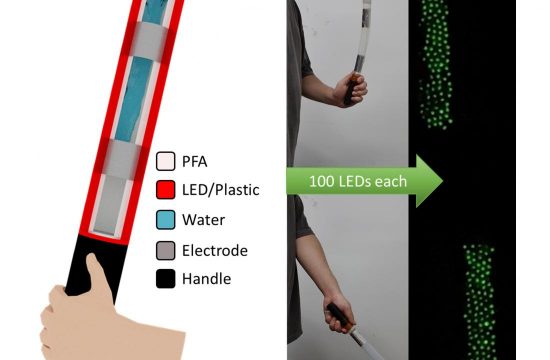