Unconventionally, the female frog positions herself on top of the male, which is a reverse of the more usual mating arrangement.

Field surveys were conducted between 2010 and 2017 in Hong Kong to observe interactions between male and female Lau’s Leaf Litter Toads.

The research team carried either digital still cameras or video cameras to document reproductive behaviour during field surveys, as well as taking male and female Lau’s Leaf Litter Toads back to the laboratory to videotape them.

Prof Sung Yik-hei, Assistant Professor of the Science Unit, said that frogs and toads use external fertilization, when the female releases her eggs outside her body, the male releases his sperm on the eggs at the same time.

In all known forms of mating in frogs and toads, the male mounts the female or stations horizontally himself to align his reproductive organ with the female’s. However in Lau’s Leaf Litter Toad this does not happen. The male gives the female a piggyback ride to a hidden location where they complete reproduction.

Prof Sung calls this “sex-reversed inguinal amplexus” and says “This behaviour has not been observed in other species of frogs and toads, but the frogs conceal themselves soon after pairing, so that it is hard to determine if this is simply a ride on the male’s back or how the eggs are fertilised.”

In fact, despite the endeavours of local herpetologists, Lau’s Leaf Litter Toad eggs have never been documented before.

A male toad finds and guards an ideal egg-laying location such as a rock crevice and carries female there. This may confer reproductive efficiency as they can stay away from predatory risks and deposit eggs somewhere safe to develop, and bringing a mate to their territory increases their reproductive success.

“The discovery of this new mating behaviour demonstrates the variety of natural wonders even in a small city like Hong Kong. Through keen observation and persistent hard work, we can begin to understand more about nature. This gives us the ability to conserve the amazing wildlife in Hong Kong,” said Prof Sung.

This interesting discovery has been published in the latest issue of the international academic journal Ecosphere. 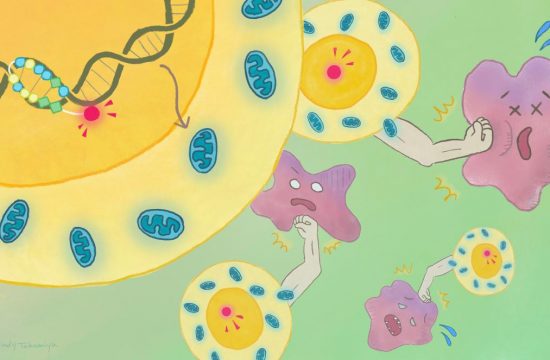